Toronto Real Estate Board President Michael Collins announced that Greater Toronto Area REALTORS® reported 7,711 residential sales through TREB's MLS® System in August 2019. This result represented a 13.4% increase compared to 6,797 sales reported in August 2018. On a month over month basis, after preliminary seasonal adjustment, sales were up by 0.8%.

GTA wide sales were up on a year over year basis for all major market segments, with annual rates of sales growth strongest for low rise home types including detached houses. This reflects the fact that demand for more expensive home types was very low in 2018 and has rebounded to a certain degree in 2019, albeit not back to the record levels experienced in 2016 and the first quarter of 2017.

Market conditions also became tighter in August 2019 compared to a year ago because, while sales were up year over year, new listings were down by three per cent over the same time period to 11,789. Year to date, growth in sales has well outstripped growth in new listings. This is why overall active listings counted at the end of August were down by more than 11% compared to August 2018.

The MLS® Home Price Index Composite Benchmark for August 2019 was up by 4.9% on a year over year basis. The average selling price, at $792,611 in August 2019, was up by 3.6% year over year. Both the MLS® HPI benchmark prices and average selling prices were up on an annual basis for major market segments. The condominium apartment segment continued to lead the way in terms of price growth, followed by higher density low-rise home types and finally detached houses.
Article: http://www.trebhome.com/index.php/market-news/market-watch 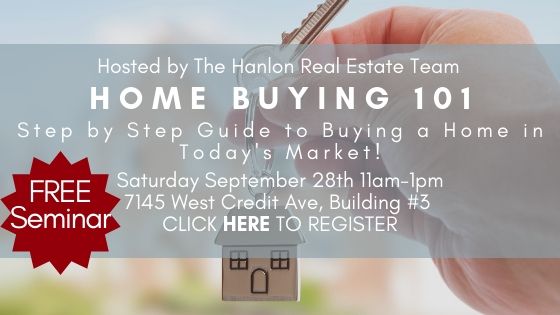 “ February 2020 - We have been using Trina Earle for all of our real estate needs going back to our first house. It was such a good experience we went back to Trina when we decided to upgrade this year to a new house in Burlington. As per usual it was a great and easy experience! Once we got the new house the team went right to work setting up our current home for sale. They took care of everything including staging, cleaning, inspection and all the other standard things. They were always very clear with timelines and expectations which took away a lot of the stress. It only took a few days before we sold our place at a very very very good price! Thanks Trina and the whole team! ” Kyle